The outer edges of metropolitan Adelaide to the south and west have lovely sandy beaches and I had grand ideas of us visiting each one before we settled on our ‘favourite’ – and before I did a post on the Adelaide beaches. Well I think I might be dreaming. To date I have been able to drag my family to three different beaches, each one involving a longer bus trip. They might be done. It doesn’t help that we went to the first beach, Glenelg, on a glorious day, there were lots of people and lots to do, plenty of restaurants and ice cream parlours. The day we went to Henley Beach it was also sunny, but it was the day when they had a shark sighting and everyone had to get out of the water and watch as a helicoptered circled overhead and rescue boats trawled up and down. Not comforting. When we went to Semaphore Beach for Christmas carols it was showery (can’t quite call it rain) and not very warm. However, there are some fun carnival rides – so that helped to put smiles on faces.

I am hoping to still get out to Port Adelaide and Brighton, but I’m not convinced my powers of persuasion are that great. In the meantime, I did want to share some pictures of the first three. Enjoy! 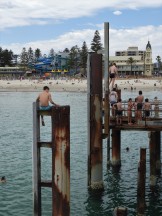 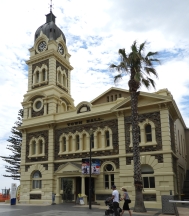 Pippa and Neil at Glenelg

Neil and Pippa at Henley Beach 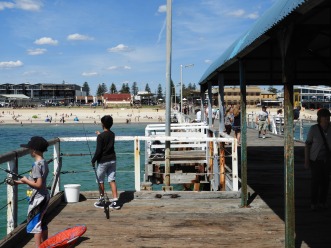 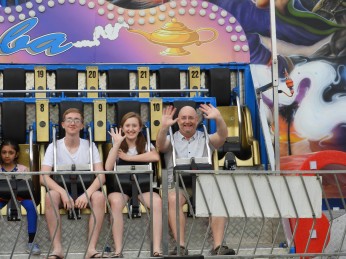 One Reply to “The beaches of Adelaide”