On Friday the eleventh of May we went to Ostia Antica! It was really cool because some of the old buildings still had several storeys and you could walk up the stairs and look out over the city. That may not sound all that exciting, but you must remember these buildings are 2000 years old! It was really cool! It was amazing to see how much was still there! In some places there was still marble all over the floors and up the walls! And there are some floors with amazing designs. At one place there were marble columns lying around in piles like someone had just left them when the city was abandoned. Speaking of which, here’s a bit of history of Ostia Antica for you. Ostia Antica was a popular port city until the river silted up and the city was abandoned. Although that’s probably the only reason it still has its original structures, like the amphitheatre. But seriously you could easily spend hours in Ostia Antica just wandering around looking at stuff. A couple of times I felt like I was breaking the rules when I went certain places but there wasn’t anything stopping me, so… After around two hours of exploring we had lunch. We noted the fact that there was a museum which seemed pretty useless to me because Ostia Antica itself is pretty much a huge museum. After that we had about an other hour of exploring before everyone (besides me) needed to go. I personally could’ve spent a whole day in Ostia Antica, easy. Although I was surprised Rowan lasted that long considering he can only spend about an hour, hour and a half max in a museum before he (A) gets bored or (B) can’t consume anymore information. Anyhoo back to old Roman stuff. We actually only really saw a part of Ostia Antica. Seriously there are so many little nooks and crannies that I probably would’ve gotten lost had my mom not kept me on track. All in all Ostia Antica is really cool and I strongly suggest that you go there! 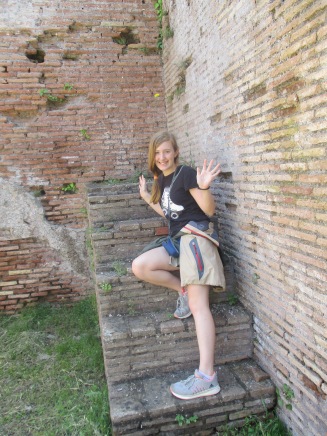 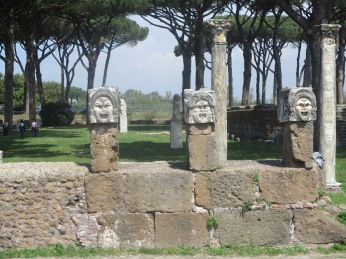 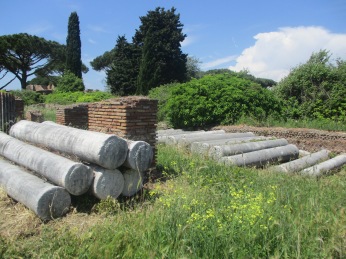